Home > About The Band 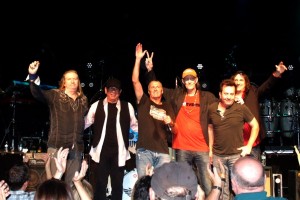 The Greg Billings Band is a continuation of a phenomenon that began when popular 80’s Florida band Romeo signed to Epic Records and released its first album after a name change to “Stranger”.  Stranger continued to win huge crowds around the southeast with an electrifying stage show and a roster of fun and hook-laden original songs.

Greg Billings and Tom King were original members of Stranger and were there through it all. Greg’s vocal range and ability were equally matched by his magnetic personality and his ability to make everyone in the audience feel like a friend.   Always impeccably dressed, Tom King thumped a solid and thunderous foundation of bass guitar and grooved cohesively with guitarist Ronnie Garvin and drummer John Price, augmented for 10 years by keyboardist Randy Holt who brought additional vocals, blues harp, and strong songwriting chops.  Ronnie and John have sadly since passed away, leaving Greg and Tom as the remaining original members of the band.

During its 16 year run, Stranger released several independent CDs in addition to the initial Epic release, solidifying their catalog of “Florida Music”, and hits like Swamp Woman, Okeechobee Whiskey, 3D, Hit and Run, Alligator Joe, and Wrong Side of the Tracks continue to be crowd favorites today.  In 1990, the band also filmed and recorded a video at Universal Studios Orlando that was released to their eager fans.  Titled No Rules, it contained soundstage-shot videos for the songs 3D and Hit and Run and quickly became a popular selling item at the band’s merchandise station.

In early 1996, Greg felt a change was due, and he left Stranger to pursue new interests.  By Spring he had hooked up with guitarist Kyle Ashley to form Damn the Torpedoes. DTT secured an official Bud-Lite sponsorship in 1997 that provided equipment endorsements, cash awards, and a wealth of promotional material that was distributed around the USA. The band recorded one full-length CD released in December of 1999, when drummer Leroy Myers joined the band. Leroy was a Florida transplant from Michigan who had spent many years as a touring drummer for several popular circuit bands.

Damn the Torpedoes had a successful seven and a half year run doing events, beach clubs and select appearances in major Florida cities. By mid 2003 Greg felt a calling to run his own band and struck out to form what is now the Greg Billings Band. He recruited Clearwater studio owner and producer George Harris for guitar duties, who has worked in the studio with such notables as Rick Derringer, Cheap Trick, and the members of Paul McCartney’s band. Keyboardist Rob Stoney, fresh back from touring gigs in Nashville that included a stint with the very successful Warren Brothers Band signed on, and soon to follow was original Stranger bassist Tom King and DTT drummer Leroy Myers.  Utility musician and additional vocalist Ronnie Dee filled out the lineup, and Greg’s vision for a full sounding band was coming to fruition. He expanded the repertoire to include many soul and rhythm and blues classics that all benefited from the additional instrumentation of piano, organ, saxophone, and stacked vocal harmonies.

The Greg Billings Band profile raised considerably over these years focusing more on concert and festival event and less on nightclub appearances. The band has released 2 CDs through the years including a greatest hits compilation and have been joined in the studio with luminary guest musicians such as Robin Zander of Cheap Trick, Brian Johnson of AC/DC, and the late R&B bassist Donald “Duck” Dunn.  Their material also entered the digital age by becoming available on Itunes.

In early 2014 Ronnie Dee moved on to run his own band and Leroy Myers soon followed. Greg reached out to Mark Busto  and his old mate Kyle Ashley from the Damn the Torpedoes days to fill the slots as drummer and second guitarist respectively. The band’s material turned back to more of a rock edge with twin guitars, and additional classic Stranger material has been recently returned to the set list. 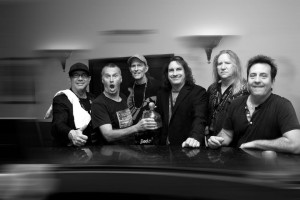 Greg Billings always knows what he wants and he goes after it with purpose. He has become the quintessential frontman recognized for his unique vocal tonality, and his ability to grab any audience’s attention and hold them for as long as he’s on the stage. Backed up with a sold band of veteran musicians, the Greg Billings Band rolls on bringing smiles to the faces of live music lovers everywhere. 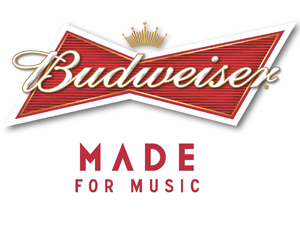